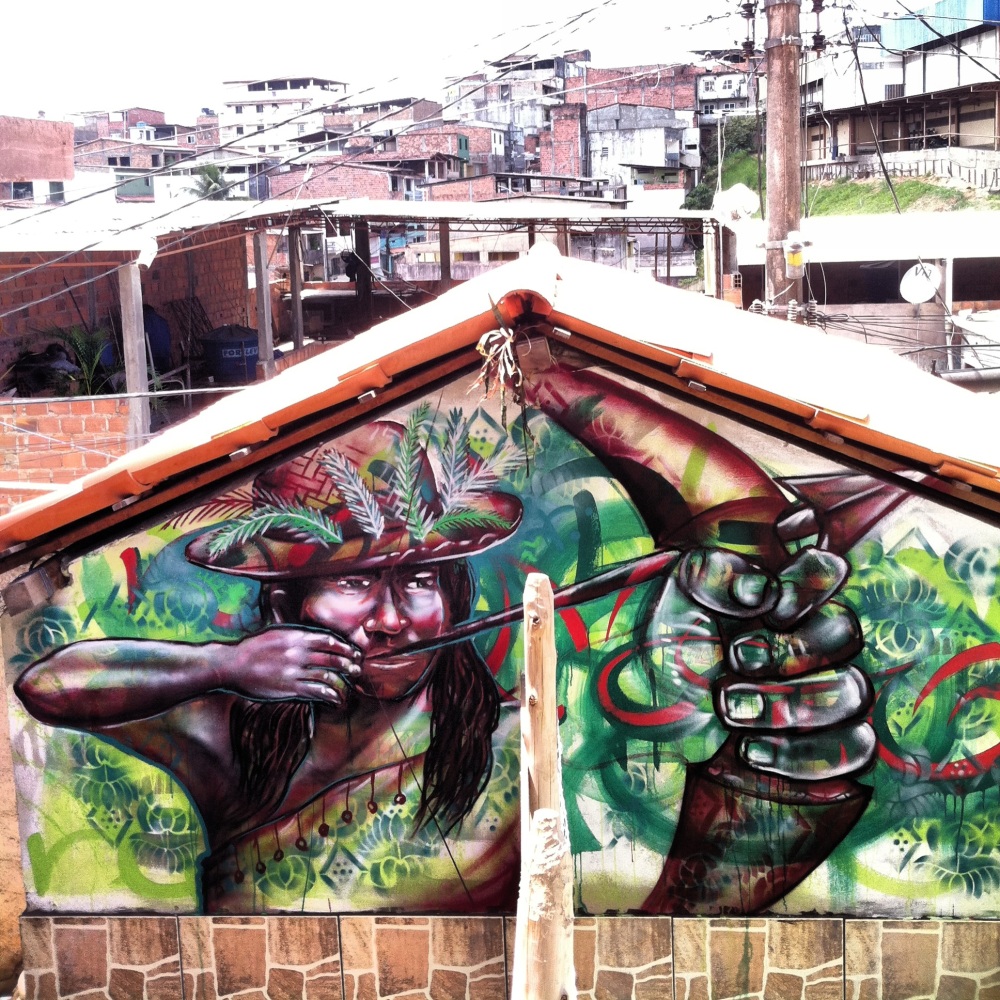 Oxossi Guerreiro (caboclo) in Salvador da Bahia, Brazil 2013: created for a community of Candomblé (Afro-Brazilian religion) where Joel has been returning to repeatedly since 2005

It feels like a homecoming being back in Salvador da Bahia after 2 and a half years—last time I was in Brazil I couldn’t make it up here. This was the first place that I ever spent time in Brazil, back in 2005, when I spent three life-changing months living and teaching classes in a terreiro de Candomblé, a center of Afro-Brazilian spirituality. While most of my paid work in Brazil has been in Rio de Janeiro since that time, I always try to make it up to Salvador to see my friends and visit the terreiro. It’s amazing to be around people who are modern in every way but at the same time have such a strong tie to their African ancestors, having kept their traditions alive throughout centuries of slavery and persecution. Even today the religion is strongly condemned, misunderstood and feared by wide swaths of society who consider it dangerous devil-worshipping or superstitious nonsense.

The ceremonies here are beautiful and mysterious; drumming, clapping, singing, and people going into trances as the orixás manifest themselves inside the human body. Of course, for an American this was, at first, all very interesting but difficult to accept as reality. I mean, spirits in people’s bodies? But if you had seen and, more importantly, felt some of things I did over the years I’ve been coming here, you would quickly realize that there is something to this kind of spirituality that cannot be dismissed as mere superstition. I’ve noticed that artists in general are especially drawn to Candomblé, which I believe is because it’s so intense; the concept is to not merely pray and be preached at– as is the case with so many religions– but also to actively interact with the spirit world. Believe it or not, the religions based on Yoruba and other African traditional beliefs are actually growing rapidly in the world today, reversing their centuries-long decline, and are believed to number in the hundreds of millions. These faiths incude Candomblé and Umbanda in Brazil, Santería in Cuba and Haitian Vodun, among others. –Joel B