Youth Transforming Their Community in Norway! 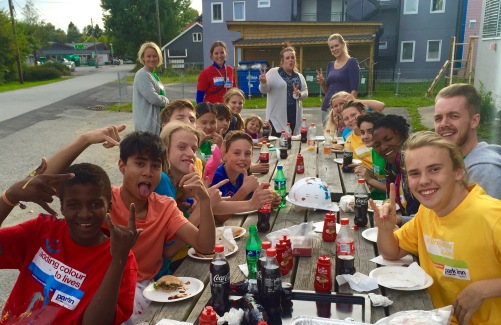 The community of Kløfta, outside of Oslo, was the scene of the first of four in a series of youth public art projects this year with Park Inn by Radisson hotels, known as Adding Color to Lives. For this initiative, I partnered with a youth center called Huset Kløfta, where 20 young people designed their own mural in the opening workshop and then spent the week turning their vision into a large-scale public mural on the outside wall of the center. Employees from the local Park Inn in Oslo had the opportunity to get involved in their community and build relationships with the youth through the process of creating art together. The project was intended as a catalyst for the hotel to continue the relationship with the youth center with a series of planned activities throughout the year. I believe that for young people experiencing challenges in their lives, forming bonds with their peers and with positive adults in their community is essential to receiving the support they need to overcome adversary. That, along with the production of an artistic contribution to Kløfta in the form of a beautiful mural, was the goal of this project. 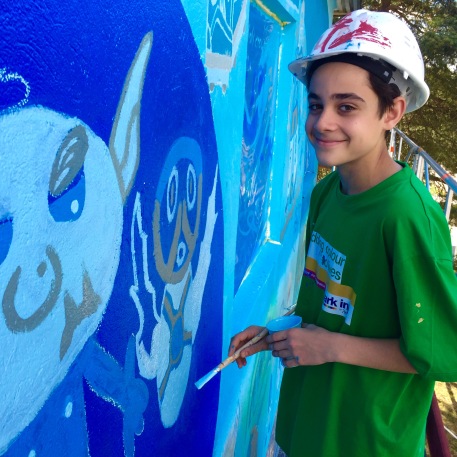 Over the course of the week, I enjoyed working with the team, which included my wife, CJ, the project manager; staff members from the youth center and the Park Inn employees. We had a blast getting to know the teenage participants, who included several from Norwegian descent as well as those from Iraq, the US, Thailand, Angola, Russia, the Philippines and more. Each day, we reflected on topics that were then included in specific sections of the mural. One side focused on moments from the past that were significant for each participant, while another area focused on the transition to the present and future. The teens painted local wildlife as a reflection of their passion for environmentalism, depicted activities that they feel keep them on a positive path, and a variety of trolls, which are an important aspect of culture and folklore in Norway. 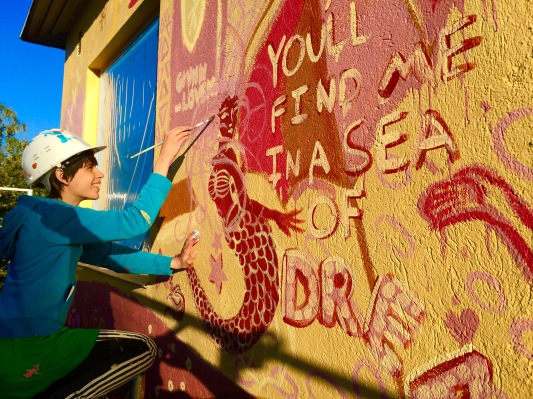 Many of the teens really shone in the project, forming friendships and learning new skills. One example of this was Cali, who had moved from Hawaii a year ago and had struggled with her new environment. A truly talented and creative girl, Cali stayed each day for many hours after the session had ended, painting many of her creations on the wall. Her mother came by one day to tell us that, over the course of the project, she had finally snapped out of the funk she had been in since arriving and was now herself again. This experience underscores the importance of positive, artistic activities that young people can focus their energy on in which they can connect with others and make a contribution to their community. 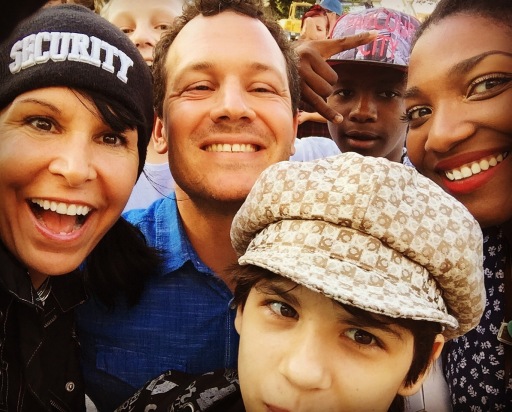 Our closing ceremony included speeches by the mayor, the directors of the youth center and Park Inn, myself and three of our most enthusiastic participants: Cali, Jesse and Jelson, who discussed the meaning of the artwork and the process by which we created it. We had a live performance by another teenager, a ribbon-cutting ceremony and then lots of festivities, with refreshments and congratulations all around. Many of the young people seemed genuinely shocked at what they had accomplished and the outpouring of support from the community residents, many of whom attended the event. Congratulations to everyone involved, and a special thanks to our team who made this project a success! 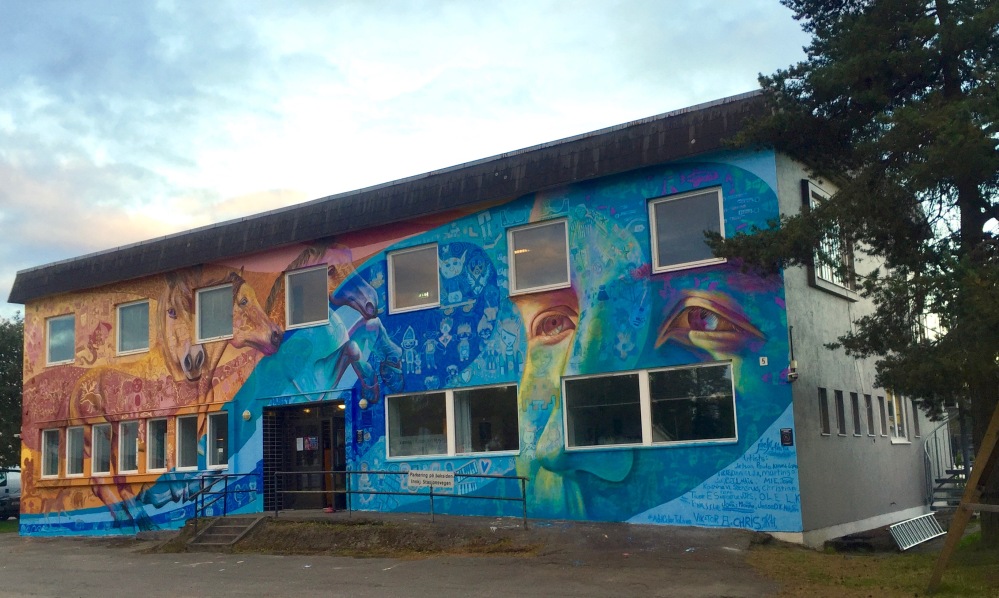 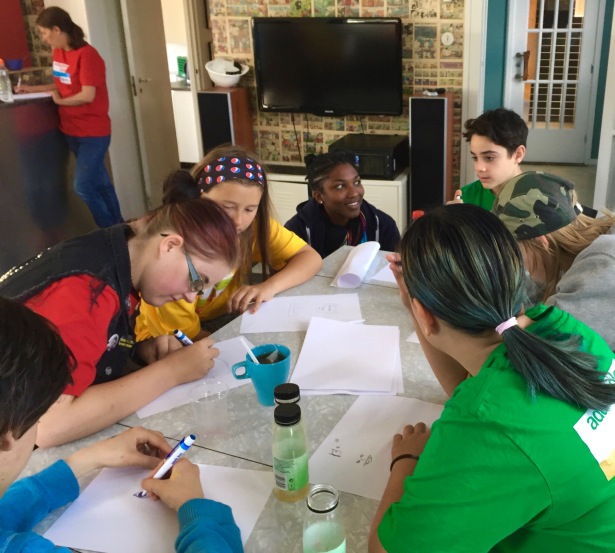 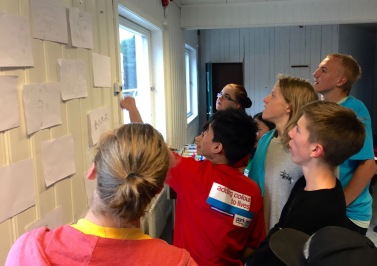 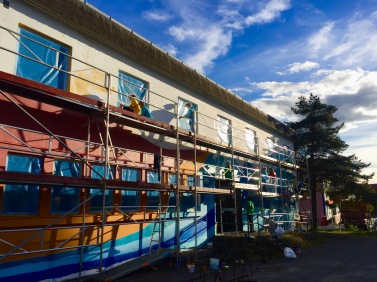 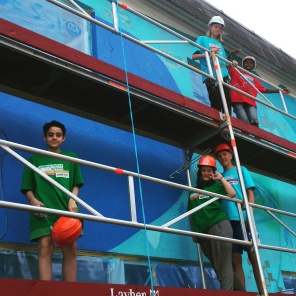 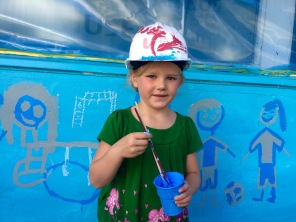 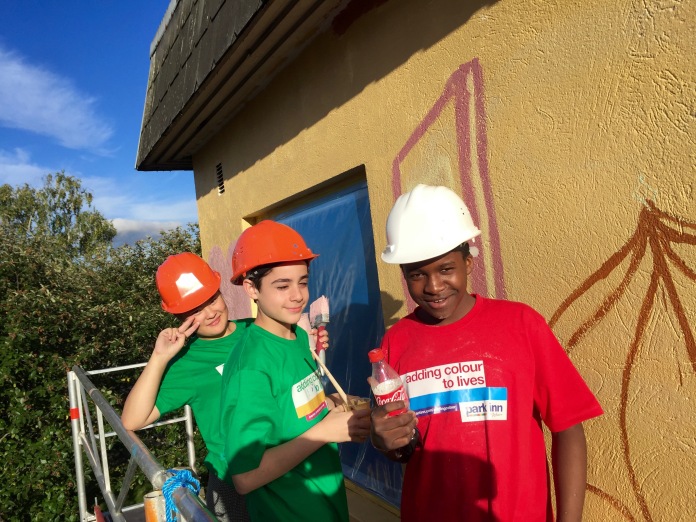 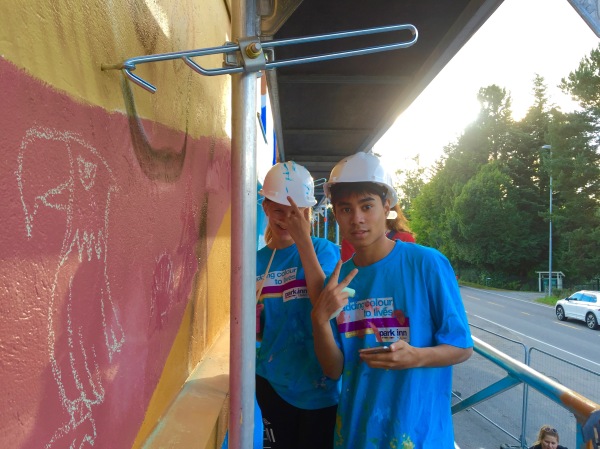 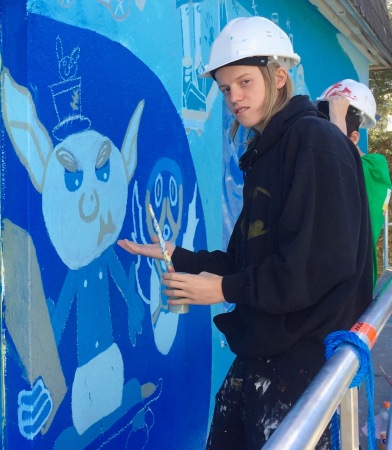 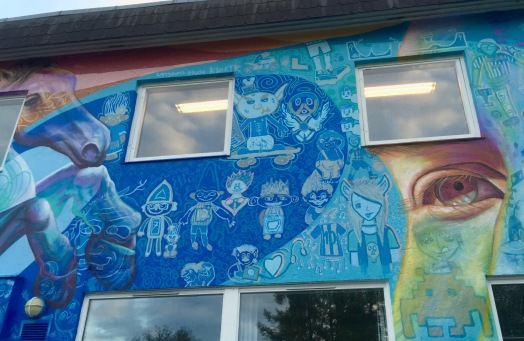 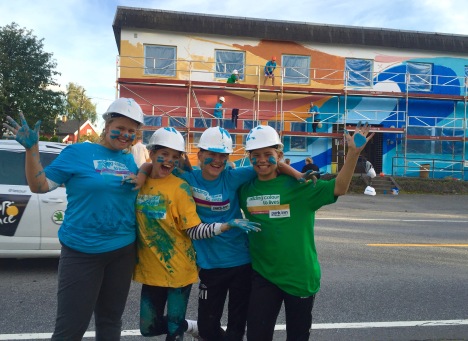 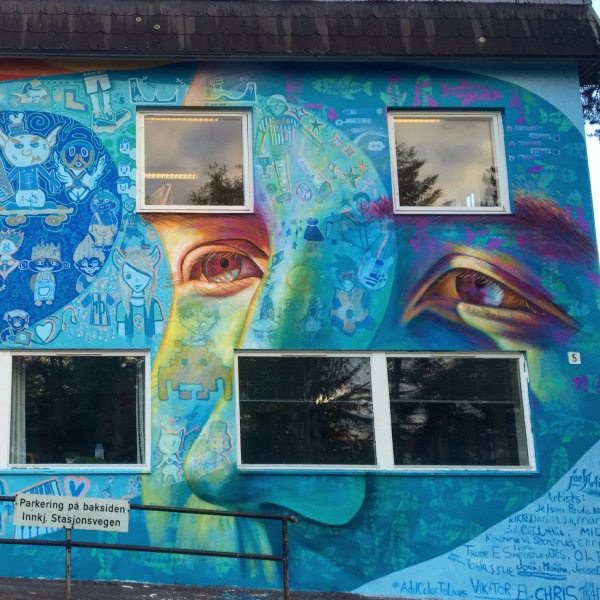 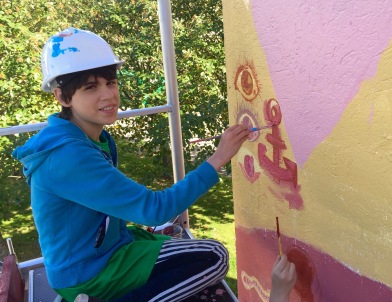 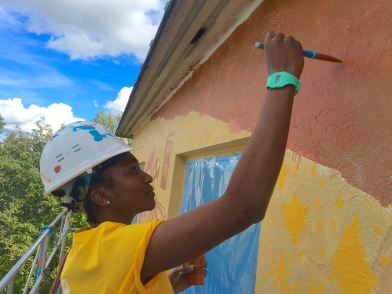 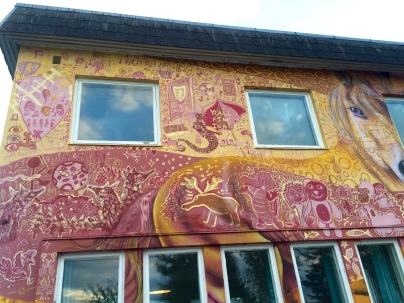 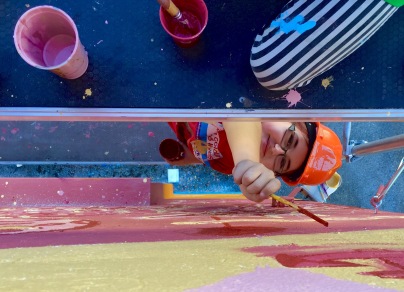 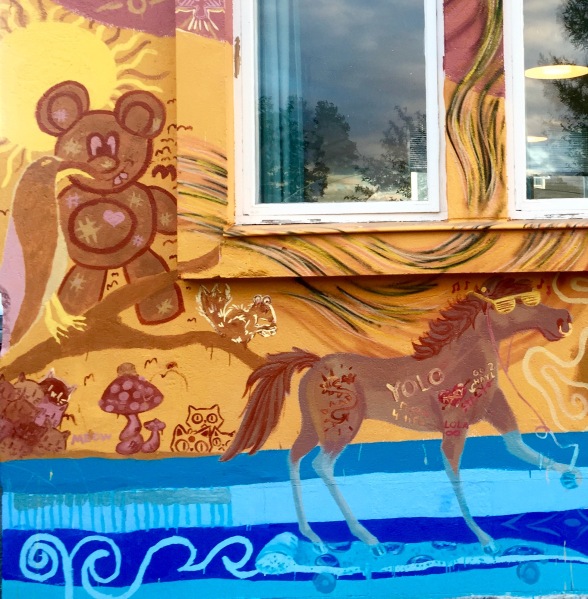 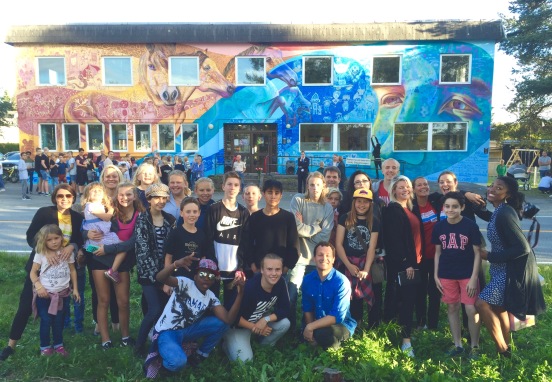 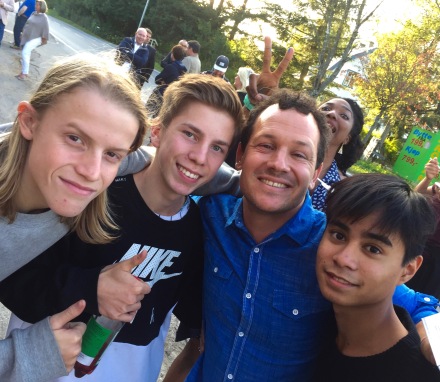 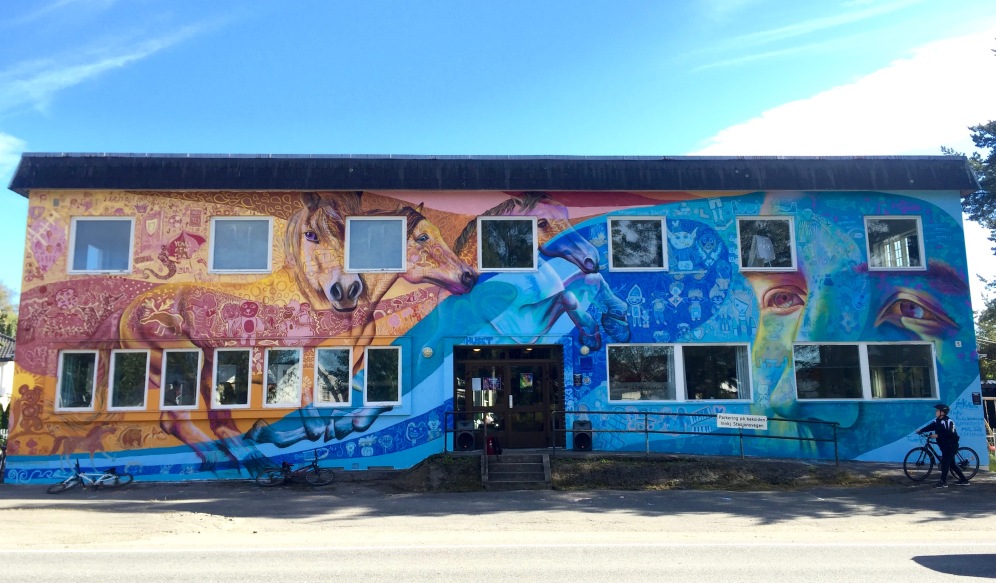