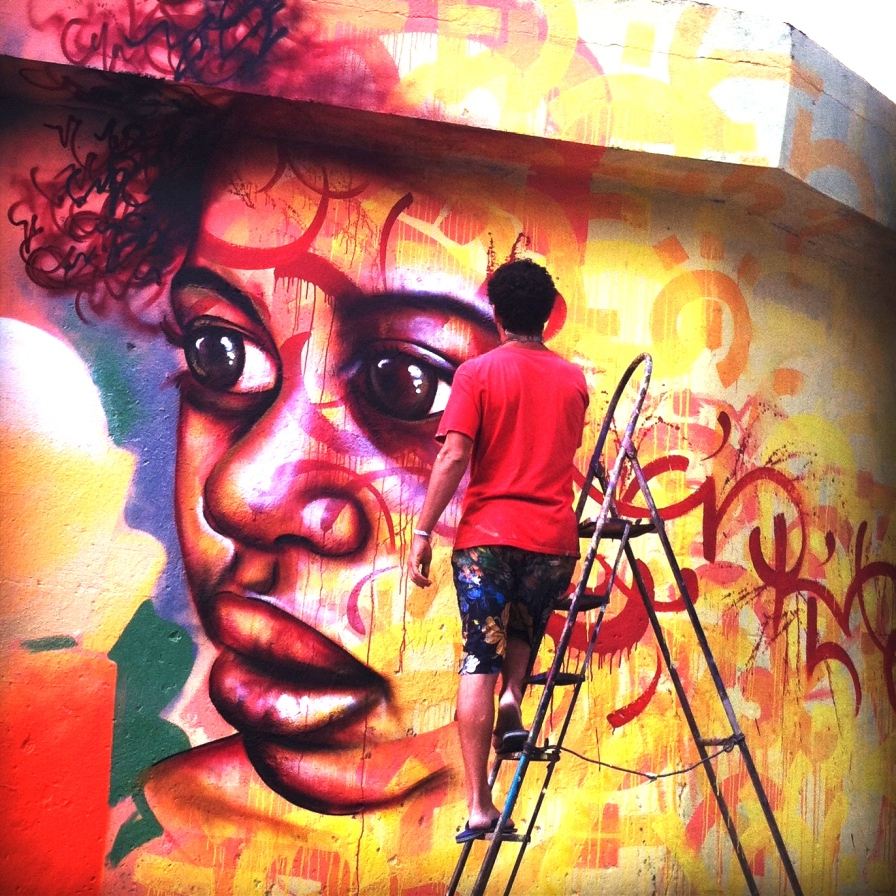 Joel has been traveling to the land of samba and futebol since 2005 to organize arts-based social action projects in collaboration with local institutions and community groups, immersing himself in the language and culture of this beautiful but complex nation.  He leads an ongoing youth arts initiative in Rio de Janeiro’s Cidade de Deus (City of God) community, organized a project with homeless youth called Street Art with Street Kids, and has spent time  in Salvador, Brasilia and São Paulo, where he collaborated with local graffiti artists and participated in their community projects in economically  marginalized neighborhoods. 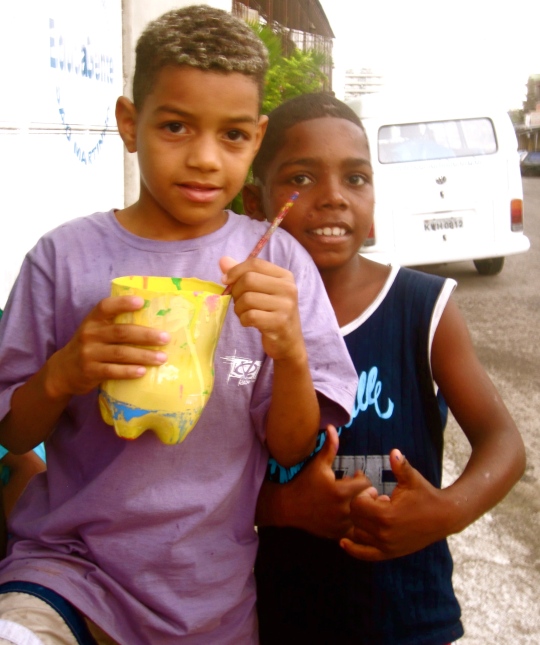 Ignored by society and considered nothing more than thieves and drug addicts, street children and teens are a common sight in Rio de Janeiro, Brazil. Through street poetry and painting, the Street Art With Street Kids project aims to give these youth the opportunity to express their thoughts, dreams, and their humanity to their fellow citizens, defying the stereotypes against them. In late 2011 Joel organized a series of 8 workshops with street youth as well as teens from nearby favelas (slums) in Rio’s northern zone, where the project took place. They wrote poetry relating to their lives, expressed themselves through drawing and painting, and had discussions about a variety of social topics, culminating in the creation of 3 works of public art. Joel partnered with 2 local poets and the organization São Martinho. This was a pilot project, intended to lead to a much larger project in size and scope, including a full length documentary that will explore the world of street children in Rio as they work with Joel and local musicians, poets, artists, actors and filmmakers.

A new piece in the Plaza of the Prophets. All the plazas and streets in the City of God have biblical names, so the murals combine these familiar themes with current social issues relevant to the community. The youth contribute to the themes and designs.

The City of God– Cidade de Deus– is a poor community on Rio de Janeiro’s west side that was made famous around the world for crime, extreme violence and poverty by the 2002 hit film by the same name. Having returned repeatedly since 2008 to live and work in this community, Joel says he has experienced much more of the positive side than the negative: the warmth of the people, the vibrant culture and the dedication of local institutions in the face of decades of neglect by the State. Joel partners with a local Anglican church and the community youth organization ASVI to lead workshops exploring a variety of social topics relevant to the community and create a series of public murals. The artwork has told the story of the City of God from the residents’ perspective and has combined familiar biblical stories with imagery of local people and history. Special thanks to Padre Nicholas and everyone at ASVI! 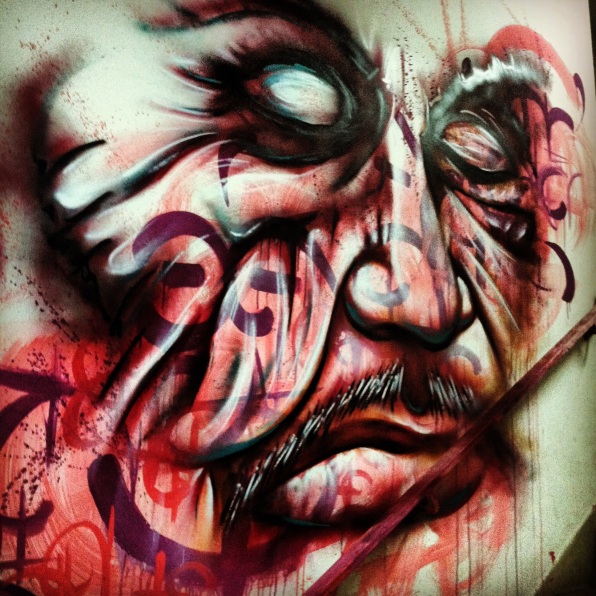 The kids of Cidade de Deus– so much character!

These teen participants of the Street Art with Street Kids Project sleep on the streets and have serious addictions. Most have run from neglect and abuse in their homes as children and have not been supported by the government or other institutions, leading to their current extreme situation. The goal of this project is to raise awareness for their plight in order to create a change in the way society deals with street youth. 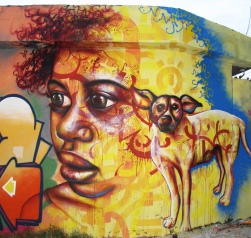 São Paulo, Brazil 2013: Joel’s contribution to an “outdoor gallery” in a favela in the São Mateus neighborhood, organized by the graffiti crew OPNI

Rio de Janeiro, 2012: This workshop included the participation of elders who told the history of the community to the younger generation. City of God, Rio de Janeiro 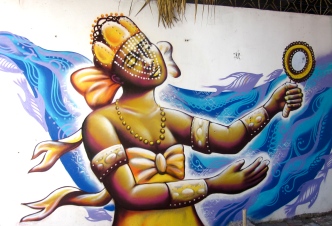 Salvador da Bahia: Oxum! mural in a center of Candomblé, an Afro-Brazilian religion

Youth mural in the City of God

Street children and teens created their personal poems and drawings as a backdrop to this portrait: Street Art with Street Kids Project, Rio de Janeiro 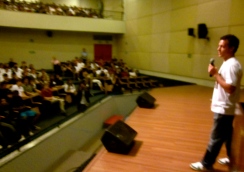 One of Joel’s presentations of art and social action to students in Brasilia.

Salvador da Bahia, Brazil 2013: Oxossi Guerreiro (caboclo) created for a community of Candomblé (Afro-Brazilian religion) where Joel has been returning to repeatedly since 2005