Joel Bergner’s Art & Social Action projects have been covered by many news media outlets around the world. Here are some highlights… 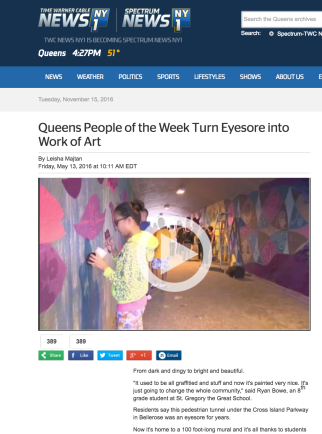 Feature in the Jerusalem Post about project with African refugee children in Tel Aviv:

Joel’s interview with Indian news service DNA India about his 2016 projects in Mumbai:

The media has focused in on the corruption and economic instability that accompany the 2014 World Cup. Media reports on the inequality between starving families in the favelas, the plight of sex workers and trafficked women, and the labor injustice surrounding FIFA’s international soccer games reveal a darker side to the sport. But, amid all of the negative news coming out of Brazil, there is an opportunity for change, a chance to recognize and champion the rights of these marginalized communities.

The train will travel through the massive Nairobi slum of Kibera, one of the largest in Africa, where young gangs torched, looted and killed in the spasms of violence that followed the 2007 Kenyan presidential election.

Click here to read the story and listen to the audio. 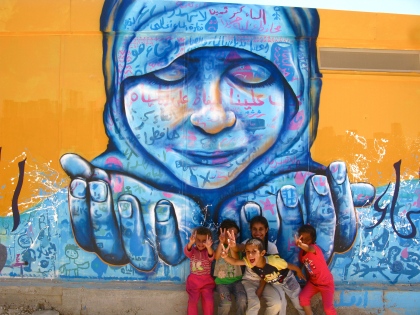 Refugees and artists turn camp into art in Jordan

With help from international artists, they transferred their hopes and dreams into colourful paintings on the walls of buildings and tents of the camp.

by Rachel Wells, The Pantagraph

BLOOMINGTON — Abbey Otto believes people look down on her school because many students there were in trouble at their previous schools, but she hopes a mural she’s working on will change people’s minds.

She and about 15 other alternative-school students began painting the south wall of 121 N. Main St. earlier this week under the guidance of world-renowned muralist and Normal Community High School graduate Joel Bergner.