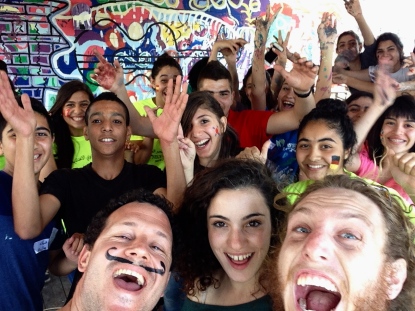 In the spring of 2015, Joel headed to the Middle East to join forces with fellow artist and educator Max Frieder to facilitate public arts-based projects that aimed to bring together youth from Jewish and Arab communities, which generally have very little interaction. They visited communities across Israel and the West Bank, where they learned from local residents how the conflict and tense political environment is being experienced by diverse communities and what people desire for the future of their region.

Joel and Max collaborated with a variety of local partners and the US Embassy and Consulate in order to organize a series of projects in which Arab and Jewish youth met each other to explore their common humanity through educational workshops, culminating in the designing and painting of collaborative public murals in four cities and towns.

One of the groups came up with the image of a boat floating on a sea. Out of the boat grew a tree with branches that became human figures. They wanted to send a message that despite their differences they all had the same roots, and that they were all on the same boat together. Another mural in Jerusalem told a story of the journey from disunity and conflict to peaceful coexistence, reflecting the students’ desire to make this journey a reality in their region. While these values may sound obvious to outsiders, it is highly controversial in the Middle East. The school where we worked in Jerusalem, Hand in Hand, is the rare example of an institution where both Arabs and Jews study together. It recently suffered a vicious arson attack carried out by Jewish extremists, illustrating how intensely some elements in society oppose coexistence. The mural created there was then installed on the outside area of the US Consulate, where people of all backgrounds wait together in long lines when applying for visas.

Going forward, Joel and Max are planning future projects in communities in the Middle East and other regions around the world. These will include the participation of local artists and educators, who will be trained to facilitate their own arts-based community programs, leading to a sustainable model that empowers local communities. Stay tuned for updates as this process develops… 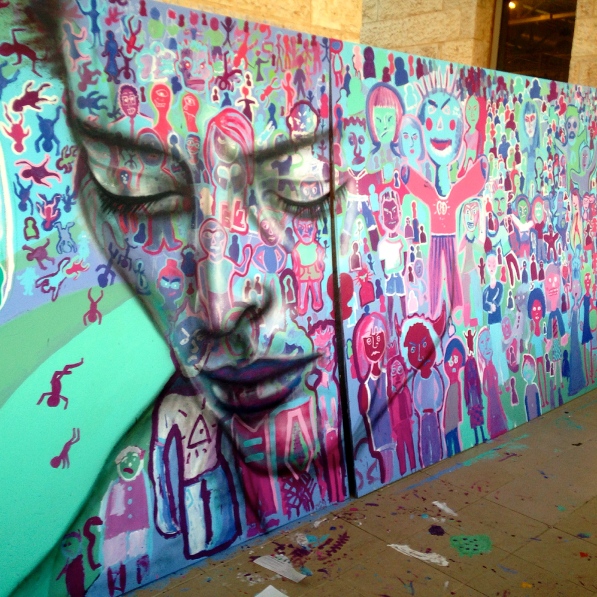 Jerusalem 2015: This side of the mural portrayed the pain of disunity among neighbors

Teens participating in a workshop 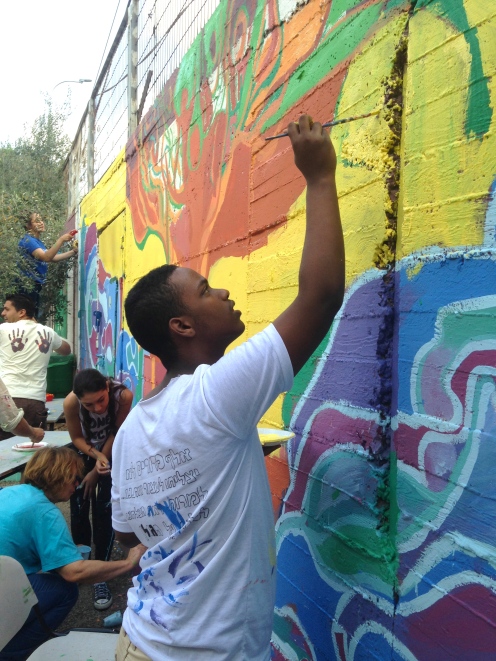 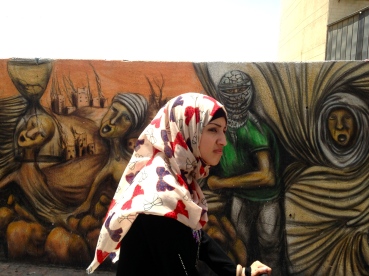 A woman on the street in Ramallah, West Bank. 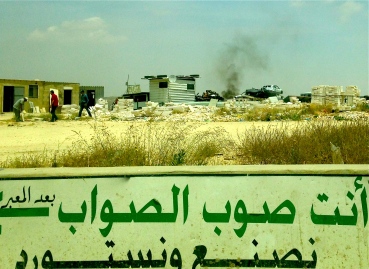 “No man’s land,” the lawless area in the West Bank that is governed neither by the Israelis nor the Palestinian authority, illustrating the complexity of the situation in the Middle East. 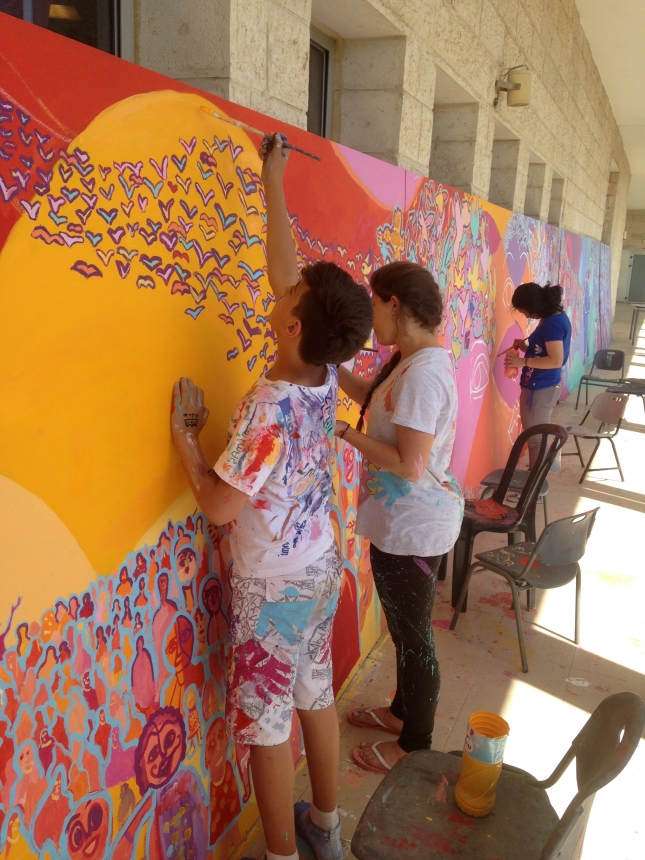