On Sunday we got up early to head to the Nairobi’s train terminal for a historic happening; the Kibera Walls for Peace team was partnering with many of Nairobi’s best graffiti artists to create a HUGE peace mural along the entire side of a 10-car commuter train, which stops in Kibera and many other communities every day. The artwork features messages of peace for the upcoming election. The main phrase, “Tuwache Ukabila, Tuwache Ubaguzi, Tuishi Kwa Amani” was taken from one of our students’ poems, and roughly translates to “down with tribalism, down with prejudice, up with peace.” We got some great press coverage, including Al Jazeera English, NPR and several local media outlets.

On Monday, the 19th century train rolled out in public with a brand new look! Crowds were amazed all over Nairobi as they witnessed the spectacle and absorbed the messages. We all waited excitedly to see it in Kibera, a community where the train is an icon since it cuts right through the slum. The artwork was especially significant here, as the post-election violence of 2007 engulfed Kibera and rioters tore up the train tracks. The train authority is interested in having us paint many more trains, including those that go across the country, so we’re searching for sponsors to make this a reality! The goal of painting the trains is to bring attention for our ideals of peace for the election, and to show Kenyans that the youth are invested in this ideal and working hard for it.  –Joel B

Nairobi graffiti artist Bankslave and Joel Bergner organized the Peace Train as part of the Kibera Walls for Peace project. 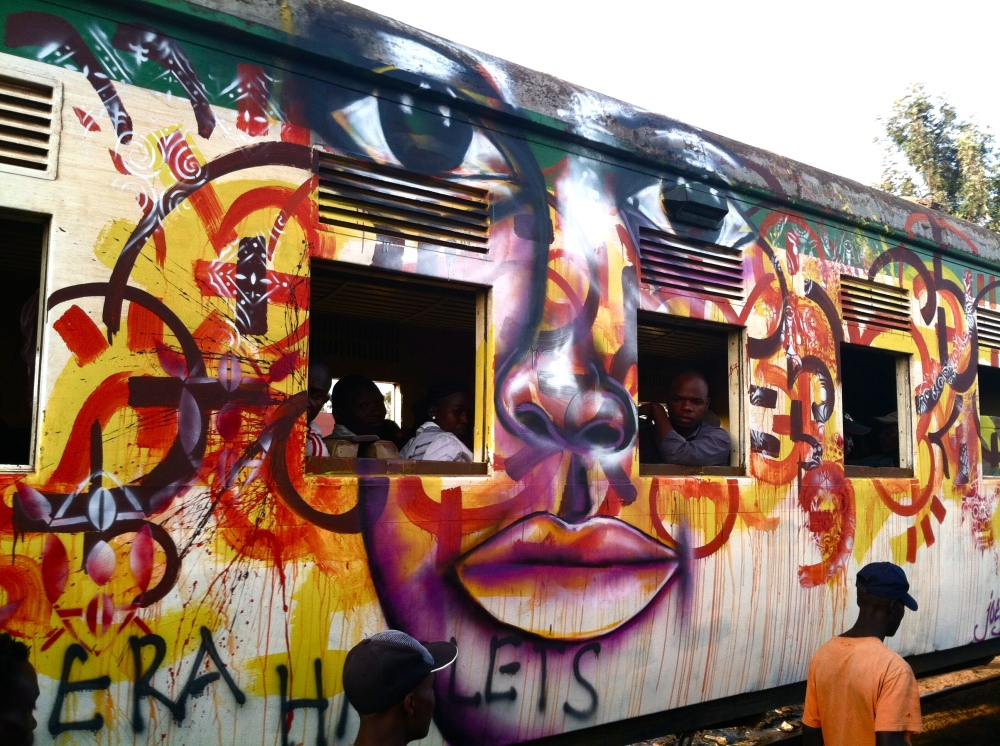 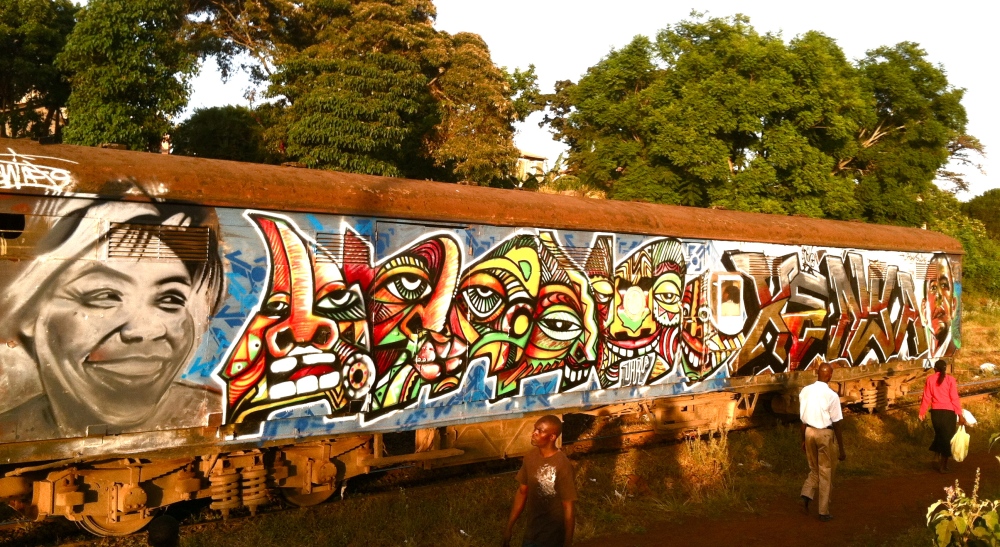 ← Inaugural Event for the Kibera Walls for Peace
Robbed by the cops! →