Robbed by the cops! 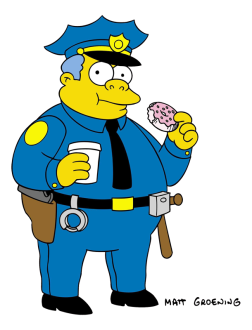 It began as a typical Saturday night out in Nairobi: friends, drinks, and lots of dancing in a hot, packed club. At around 3am three of my Kenyan friends and I left in good spirits, but as we walked down the gritty streets of downtown, three plain-clothes police officers approached us and asked for ID.

The police here in Kenya have a terrible reputation. Universally hated for their corruption and violence, their main objective is making money any way they can, with no regard for upholding the laws of the land. These three were no different; if a Hollywood movie director wanted to script some sleazy gangster cops these guys would be perfect for the role. The leader of the pack, who said he was an inspector, had droopy eyes and smelled of hard liquor. He informed me that since I only had a regular ID but no passport on me, I was under arrest and promptly slapped handcuffs on my wrist. My friends pleaded with the cops as they led me down the street, supposedly to the police station. We all knew they had no intention of taking me in. This was a robbery, not an arrest, and the only question was how much we would have to pay.

As they led me down the street for an hour, they arrested several more men along the way as my friends tried to work out a deal with them. Luckily, I’m not the type to freak out in these situations, and I kept my spirits up by reminding myself that this would make a good story later on. To give you an idea of just how sleazy these officers were, the inspector with the droopy eyes actually told one of my female friends that if she had sex with him right there and then he would let me go! She refused, and eventually we came to a deal with them for the amount we had collectively, 3,000 shillings (around US$35), and they let me go.

While this incident was just a bump in the road for me, it is much more serious for the thousands of Kenyans who are robbed by corrupt officers every day. Those who can’t pay are hauled off to jail, often for doing nothing wrong, and made to pay huge fines. You can imagine how this must affect impoverished families who have to pay their food and rent money just to pay off a crooked officer. Corruption is rampant at every level of Kenyan society, up to the highest politicians and businessmen, as it is in most developing countries. This is one of the most serious challenges to realizing the dreams of ordinary families, including education and job opportunities, better health care and security.

← The Peace Train!
Kibera Walls for Peace on NPR!! →